How To Write A Movie Script

Do you want to take your story to the big screen?

In this article, you’ll be told how to transform a story into a real movie script or scenario.


I’ll answer questions like: what does a movie script need? how does it look and what do I have to pay attention to when writing the script?

What Is A Movie Script?

A script is a fully (written) adaption of a story, it serves as a tool for filmmakers that aids in understanding how the movie will look, what the characters will say and what they will do.

Basically, you describe all the visible en audible things that are important to the story.

You Can Base Your Movie Script On These Sources:

Did you write a story yourself? Or do you have a great idea for a movie? If you do, then it’s possible to transform this into a movie script.

If you’re really thinking of looking for a filmmaker for your script, or even if you want to make the movie yourself, you have to keep in mind that making a movie costs a lot of money, this is very important to keep in mind when writing a script.

It’s possible to write a story about the discovery of life on Mars as a beginner, but keep in mind that such a story may cost millions for it to be brought to the big screen.

Writing a story is free, but making a movie costs heaps of money! Stay realistic when writing a script and think about the person you’re writing the script for: a rich filmmaker in Hollywood, a local production company, or you and your mates? It’s a big difference in cost.

Are you writing a script based on a book (that is yours)? Think well about the differences between a book and a movie:

A movie that already exists 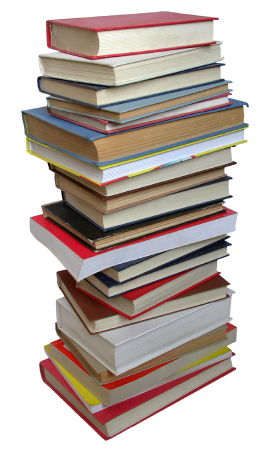 When writing a script based of an existing movie, make sure that it’s a different enough story. Otherwise you’re just copying.

When writing a script based of an (historic) event, you have to make sure that the story sticks to the true facts or that the events are just there as a background to the story. There’s a big difference between “true story” and “based on a true story”.

Things That Don’t Belong In A Movie Script

Things That Do Belong In A Movie Script

Everything you see happening and important sounds.

All spoken text in a movie. A dialogue is written in colloquial language, it’s what the characters are saying to each other.

Dialogue shouldn’t contain complicated literary phrases, it has to resemble the normal way in which people (the characters) talk.

Sometimes it states how something should be said, this isn’t the case most of the time, this gives the actors some room for interpretation.

Where and when does the scene take place: inside, outside, in the evening, during daytime. What’s there to see, what’s the general feel of the environment.

How Do You Write A Movie Script?

A script is written in a certain format so that everybody that contributes to the filming knows what to do. Therefore, there are specific rules that everybody should stick to when writing a script.

Most of the time, theses stages should be passed before the writer starts writing a script.

What’s at the top of the script:

The three recurring elements (in order) of a script:

How Does A Movie Script Looks

Click here for an example of a Hollywood movie script

INT.KITCHEN.EVENING (this is the header)

We’re looking at a nicely looking kitchen. There are several broken glasses on the floor, there’s an empty bottle of wine on the kitchen table.

MARK (46), a balding man wearing a suit, and SOFIE, (29) is a slim young woman, are embracing each other against the kitchen table.

We’re hearing the sound of crickets through the open door. (This is the narrative)

MARK (This is the dialogue)

I’m so happy you returned.

(sighs deeply, a tear slides down her cheeck)  (This is the parenthetical)

It was my only choice. I was becoming utterly miserable over there.

Great tips and ideas Rebekka. Looking forward to see a movie from you soon. Also wondering why you wasn't doing much videos recently? or did I miss on facebook!

Thank you Fernando, at the moment I have no real ambition to make my own movie :)I have been making a lot of videos for internetmarketers these days, actually, I'm doing videos almost every day :) You can check some of them out on my YouTube channel: http://www.youtube.com/user/MagicMediaForceBut you probably wonder why I haven't been doing videos for my website lately? Well I actually prefer the other end of the camera ;)

Thank you Ingrid! You too :)

This article is so rich in valuable and pratical information, I'll definitely file it. Thank you Rebekka, truly amazing what you come up with!

Thank you Henk for your positive feedback! Always much appreciated.