in Tools and Applications

How To Watch Blu-ray Discs On Your Computer

More and more laptops and desktops are sold with blu-ray player. Very convenient for playing discs with HD (high definition) movies. What software is best to use to watch blu-ray discs on your computer?

Did your computer came with a blu-ray player? Normally, software to watch blu-ray films will be included. Most chance that would be Cyberlink PowerDVD. If it wasn’t included you can also buy it for €70 (pro) or €100 (ultra). The standard version (€35) doesn’t read blu-ray discs!

In any case, PowerDVD is the ultimate solution as all types of blu-ray discs work perfectly and almost all audio formats are supported.

You can also watch regular dvd’s and other media. Even 3D is part of the possibilities if your graphic card and monitor are up for it.

The software is kind of “heavy” and takes some time to start up, but the playing is grant!

Tip: With PowerDVD Remote (€3,99) you can control PwerDVD remotely with your iPhone, iPad or Android.

If your computer came without PowerDVD or you find PowerDVD to expensive, you can try the free PotPlayer. The new version supports blu-ray playback.

The interface is very similar to Windows Media Player and is simple to handle. With PotPlayer you can even watch  zip- or rar- compressed  films. Also plenty of skins are available to customize your look.

Tip: Only download the 64 bit version if you have a 64 bit Windows (check through start, control panel, system, system type) 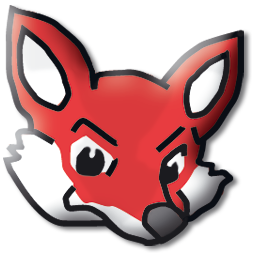 Another advantage that comes with this player is the possibility to skip advertising or menus.

Tip: AnyDVD HD comes with a ripper that allows you to duplicate a film or save a copy on your hard disc.

I tried out an HD DVD and it worked on my computer. the resolution was 720p and it looked awesome. i just wanted to know if it would work for blu-ray or other hd dvds because the hd dvd i used was from an xbox magazine...hehe...

I WILL TRY TO USE IT ON MY COMPUTER I DID NOT PLAY IT TILL NOW BECAUSE I HAVE NO KNOWLEDGE ABOUT IT.