Whatever video you want to make, you want to record your images in a way that they are easy to edit.

Keep in mind these few rules and you’ll be making the best videos ever!

The best way to make the recordings exactly as you want, is to know beforehand what is going to happen when. Think well before you start so you have an idea of the shots you want to make.

Preferably use a tripod, this will give your footage a more professional feeling. If you don’t have a tripod or you don’t want to use one, make sure you stand up tall, spread your feet and hold the camera with both hands.

When you move the camera, move calmly and steady, when in doubt, don’t move at all.

The more you zoom in, the more the image will be unstable and shaky. Rather get closer to the subject yourself.

If you can’t get closer and you must zoom, make sure you can lean on to something to stabilize the camera.

Make shots from far away and close by. Make panoramic shots and close ups. A video that consists only with pictures shot from the same position is going to be very boring.

You will want to edit the video afterwards, so think of the editing when recording. Make sure you have all the shots that you need to tell your story.

Also it is better to film to much than finding out during the editing that you filmed too little.

Start the camera a few seconds early and stop filming a few seconds after the action is over. Doing that will make sure that you have some extra space during the editing to make fades or dissolves.

When you film somebody who looks to the right or left side, film in such a way that there is some extra space in front of their nose. When they look directly into the edge of the picture, the shot will look rather awkward.

You will be filming the action naturally, but make sure to get some shots from other things in the setting as well. Maybe some reactions from people looking at the action or some objects around you.

These pictures will come in handy when editing. These shots can be used as transition shots when going from one image to another. 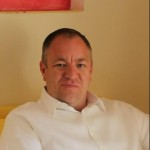 This is one of my goals for this year. To record a body or high quality videos about my business and how I help my clients. I have been overwhelmed with getting start but your site makes it seem much more manageable 🙂 Thanks for sharing. I am considering starting with camtasia to record actions on my PC. have you used this before? Do you like it?

Great Matthew that my articles can be of some help to you.

Camtasia is good software indeed which I use myself too. Very recommended!

Don’t hasitate to contact me if you have any more questions.